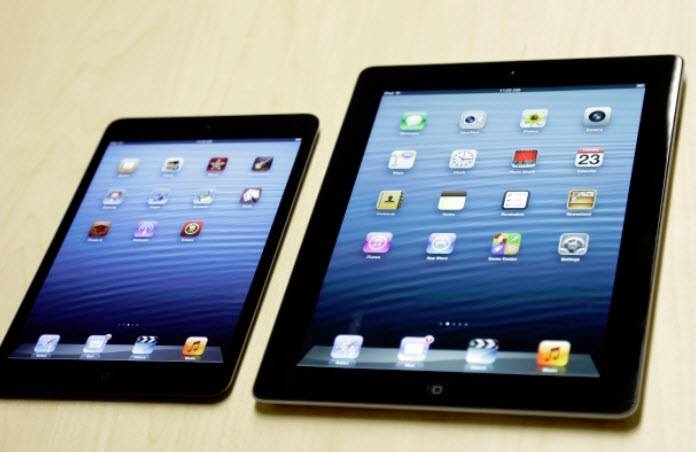 Launch of iPad Mini was a milestone in Apple’s event chain, as it was the first ‘Mini’ version of one of iDevices, available in the market. Even though it had made some controversies regarding the marketing strategies of Apple Inc, it was a relief to those, who would like to own an Apple device, without spending that much money. In addition, the mentioned Tablet PC has enough features than its predecessors, making it an optimum choice for those low-budget Apple device lovers. As you know, all of Apple exclusive features such as iCloud, iTunes etc are present in this device. Altogether, the only variation we can find in this is the compactness when compared to other versions of the same device. Here, we will tell you some reasons for recommending yourself or to your friends than the previous versions of iPad, especially iPad 2. We hope the reasons are enough for the decision.

In this world, no one likes to carry bigger things, especially when all other stuff is becoming small and compact day-by-day. As far as the compactness of device is concerned, you have enough points to support iPad mini than its predecessors, which are heavy and lengthy. As you might know, the size of an iPad 2 is almost same to the size of 13 Inch MacBook Pro whereas iPad Mini has a compact dimensions so that you can carry this superb Tablet PC wherever you go.

It is also a noticeable fact that you can hold this device, using your single hand. As you know, all of the previous versions require both of your hands to perform tasks. Mentioned fewer requirements are also useful when you want to use this device in outside locations, where you want one of your palms for another task. Hence, if you prefer compactness as the major fact, you can prefer iPad Mini rather than iPad 2. In case, if you have a bit bigger pocket in your clothes, the iPad Mini will fit there too, hence becoming a mediocre rival to phablets, available in the market.

Even though the device lacks a Retina display, the device’s display is simply awesome with that 7.9-inch display using IPS Technology. According to our experience, the display can satisfy any of your needs such as gaming, high-graphics applications etc. The powerful Apple A5 processor inside the device supports all these actions. Hence, of course, the display of iPad Mini can satisfy anyone.

When there is a comparison with iPad 2, the cameras, both front and rear, of iPad Mini are much superior in performance as well as technical specifications. Front camera of the device, commonly known as Facetime camera has a power of 1.2 megapixels, is quite rich along with the ability to take High Definition photographs. Addition of face detection and backside illuminations are also noticeable in this section. Nevertheless, there are some worthy additions to the rear camera of iPad Mini such as face detection, five element lens, f/2.4 aperture, backside illuminations etc. All these additions, when combined, can bring you an awesome video recording experience, which is still not possible with iPad 2.

What do you think about these reasons? Aren’t they enough for forcing any Apple lover or non-Apple lover to change their decisions to buy iPad Mini than iPad 2? We are waiting for your valuable comments.