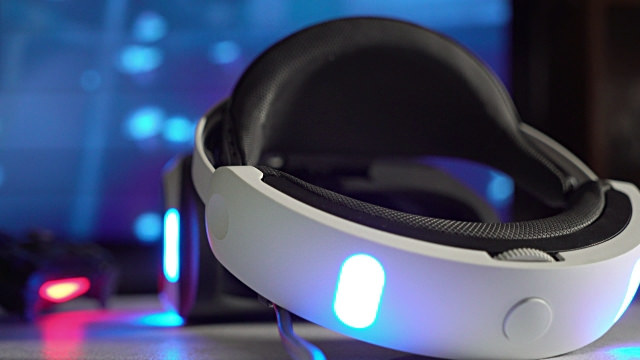 Virtual reality gaming isn’t actually quite as new as it tends to get credit for being. iToole noted back in 2016 how some gamed had already dabbled in VR, and if you really want to dig into the history of the tech you’ll find headsets from the ‘80s and ‘90s that weren’t entirely unlike what we’re seeing today. If VR’s novelty is a little bit of a myth though, its growing sophistication is a legitimate story, and one that has the potential to greatly alter the landscape of gaming.

Modern virtual reality games have been fairly impressive in some cases, and somewhat lacking in others. It’s almost certain though that the best iterations of modern VR – regarding both headsets and games – are yet to come. And there are some particular types of games that VR appears poised to elevate once the medium reaches its full potential.

Pilot Simulators – This may seem like a fairly specific category, but it’s actually a fairly expansive one. In mobile app stores, PC gaming, and even through some lesser console games, pilot and flight combat simulators have become very prevalent. And while some involve beautiful graphics and exciting missions, they always tend to feel a little bit mechanic and limited. VR can change this, as cockpit-style gaming (most notably in car racing) has already proven to be well-suited to the medium.

Poker & Cards – Poker and card games have settled into a nice existence in the realm of online and mobile gaming, and most anyone with an interest in these games probably has a go-to site or app. At the same time however, embracing innovation is recommended when people are choosing poker sites, because as much as these games may feel like “classic” experiences, they’ve actually slowly become more sophisticated over the years. From the most basic computer games, to multiplayer tournaments, to games that now involve live dealers, there’s been a lot of progress made. VR is undoubtedly next.

Escape Games – Escape games have gotten extraordinarily popular, primarily through mobile apps. Because games in this medium rely heavily on atmosphere, it’s become a reliable avenue for developers to explore in creating beloved, immersive experiences. Escaping a haunted house, a creepy forest, or even a whole little world populated by monsters and bad guys, you can find yourself completely captivated, even with the simplest of touchscreen controls and actions. VR can naturally enhance these types of games significantly, by elevating the immersion to levels that would feel wholly realistic.

Tower Defense – This is a category that may not come to mind right off the bat when one considers what the best VR games will be, but there’s actually exciting potential. There are a ton of good tower defense games out there, remarkably covering all kinds of themes and designs with a concept that tends to remain relatively unchanged. This indicates some potential for innovation, and VR could bring a brand new flavor to this ever-reliable genre. Whether it means actually placing yourself within an environment directing defenses, or looking down upon a game table with 3D tower defense action playing out, the possibilities are very exciting.

Golf Games – VR and sports haven’t crossed paths too frequently to this point, and full sports games are actually somewhat difficult to imagine in virtual reality. For instance, think of popular franchise installments like FIFA VR or NBA 2k VR, and you almost get dizzy thinking about how to navigate a game. Golf is a different matter though. It’s quite easy to imagine playing entire 18-hole courses or full tournaments in VR, and even getting a little bit of a workout in the process through swinging VR-connected clubs. Basically, more than most VR games, this will likely emerge as a modern, super-sophisticated version of a Nintendo Wii experience.