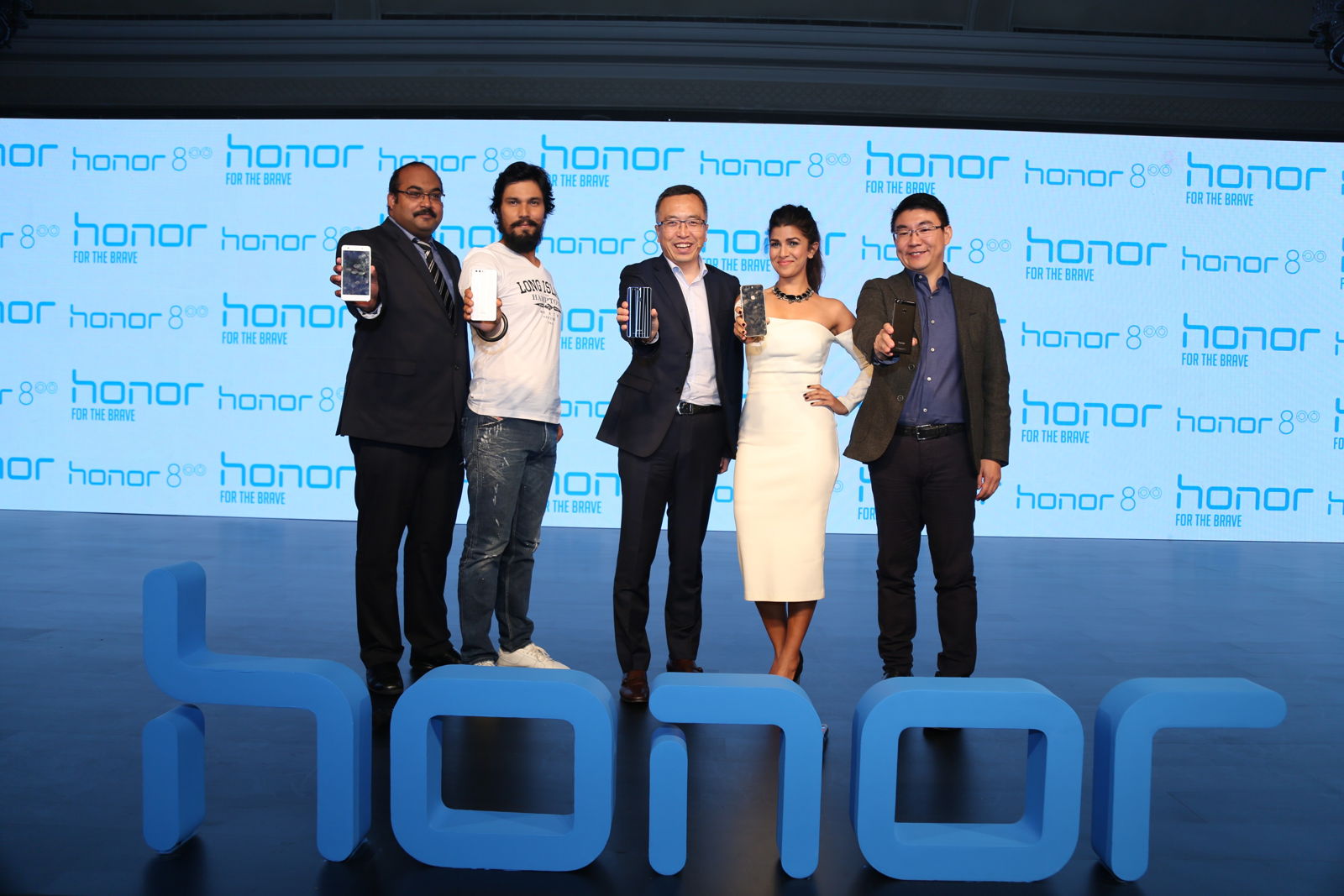 Honor 8 Launched along with Honor 8 Smart and Holly 3

Huawei’s smartphone sub-division – Honor launched its latest flagship smartphone Honor 8. Two other smartphones were also launched namely, Honor 8 Smart and Honor Holly 3 – their first ‘Make In India’ phone. In just two years since their entry in Market, Honor has achieved 6 billion sales just by the end of 2015. By researching consumer requirements, Honor has come up with Honor 8, which focuses mainly on camera, by having a dual 12MP camera setup on its back.

We recently celebrated the second anniversary of Honor in India. Honor has received an incredible amount of love and support for all of our products starting with Honor 6 in 2014 and are excited to launch three new offering to our customers. These three smartphones include- Honor 8, a sleek and elegant smartphone that boosts of our dual lens camera legacy; the Honor 8 Smart and we proudly announce our first ‘Make in India’; smartphone Honor Holly 3 coming from our Chennai plant. With this launch, we continue our India journey and promise to introduce even more high-quality, disruptive products in the market.

Let’s just dive into the details:

The Honor 8 features high construction, inspired design, and next-generation technology  giving speed, and connectivity for today’s young millennial consumers.  Taking the legacy of its precdesessor, the Honor 8’s 12MP dual-lens camera comprises of a RGB and a monochrome len that captures more light to deliver amazing picture quality, vivid color, and stunning detail. Additionally it has a 8MP front camera that works well even in low light for all the selfie fans.  A sleek and elegent smartphone with its double-sided glass design’ with a first from Honor – a Sapphire blue colour, the Honor 8 runs Android™ 6.0 and Huawei’s Emotion UI 4.1. The smartphone is powered by a 16 nanometer Kirin 950 chip that reduces power consumption and enhances overall performance. Featuring a 3000mAh battery, the smartphone has a 4GB RAM and external memory support up to 128GB.

For a heightened functionality, Honor 8’s dual-function advanced fingerprint reader redefines the 3D fingerprint scanning. The level 4 fingerprint acquisition algorithm delivers enhanced security, and smart features like fingerprint reader to make payments, take photos, record video, receive phone calls, or turn off an alarm or unlock its Smart Key button functions, customizable for instant access to features and apps along with an instant phone unlock. It also allows the users to take partial or full screenshots with the tap of their knuckle and similar other features through its enhancd knuckle feature.

Honor would be providing its customers with regular software updates to ensure access to latest and most up-to-date product experience. Underlining its customer-centric approach, Huawei Consumer Business Group will also expand its distribution network by partnering with more than 50,000 retail outlets by the end of 2016. This retail network will add to the existing 350+ distributors in India to create a comprehensive, nationwide distribution system. Huawei, over the years, has established global appreciation for its products, both under the Huawei and Honor brands.

Honor 8 would be available in the Sapphire blue along with Pearl White and Sunrise Gold colors at a retail price of Rs. 29,999 giving a stiff competition in the segment; The Honor 8 will come with 2 years warranty and  a touch screen replacement guarantee in the first three months. The Honor 8 is exclusively available at Flipkart and Amazon.