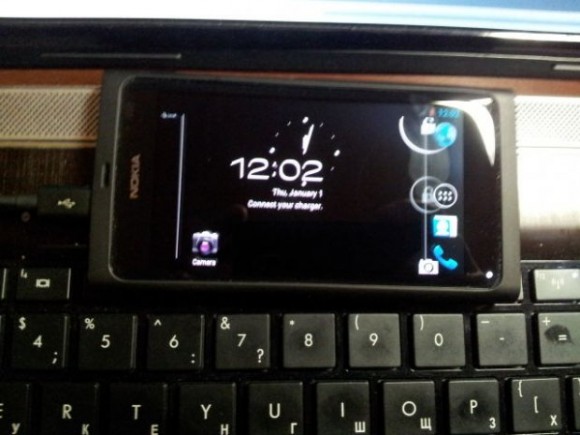 Android is OpenSource OS and this is the main great feature of Android. It appears that this is a continued case as attempts at getting Android to run on Nokia’s N9 have been successful. Modders were successful in loading Ice Cream Sandwich on the MeeGo phone. Thanks in part to Alexey Roslyakov, the NITDroid project builds on previous work that ported Android to the Nokia N900.

Even though this MeeGo phone saw its share of love from fans Nokia quickly shifted focus on Windows Phone after their deal with Microsoft. This phone is able to dual boot both Meego and Android and can easily be done by pressing the volume-up button during boot to load Android rather than MeeGo. If you are interested in reading the progress on this active development you can hit the source below.

The biggest issue at the moment is getting N9′s hardware to cooperate with the functional Android Kernel. Getting OpenGL to work is an ongoing issue as well. However, progress as been made and here’s hoping we see some more progress made in the near future!