First it was iBooks, then came Newsstand, and now Apple has even thrown iTunes U – its attempt at cornering the textbook market into the mix.

With all of these book-centric apps knocking about, keeping tabs on all your readable content can be a little difficult, particularly if you’re an avid bookworm or someone who enjoys keeping up-to-date with current affairs.

Now iOS 5 shipped with a new application – or should I say ‘folder-looking-thing’ that contains all of your magazines, newspapers, and subscriptions of that sort from Apple’s online store. For many of us, it is the most useless application that we could have ever asked for because almost all of the subscriptions cost money – something that a lot of us don’t feel the need to spend. For this reason, many tweaks have been invented to hide Newsstand to get that annoying empty and useless icon off of our home screens. One being Springtomize – which has its own setting for hiding Newsstand.

If you want to make Newsstand more useful for you, then we might be able to help you. The one thing is that you have to be an iBooks lover. This new jailbreak tweak by iOS developer Nikos Lykousas (@dummyDev) has been dubbed Booksstand and it lets you move your iBooks library (selectively) into the Newsstand ‘folder-looking-thing’ application. In the screenshot above, you can see a library of iBooks that has been imported to Newsstand using Booksstand. In the screenshot below, you can see the original iBooks library from the iBooks application and you can see that the library is now present in two different locations: 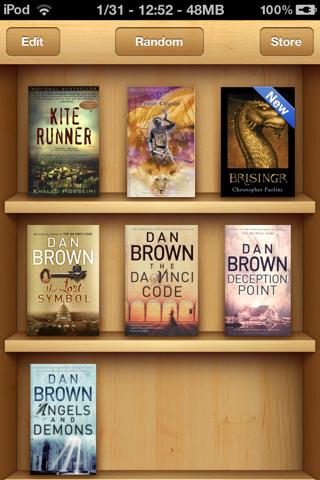 When you move the book over to Newsstand, what you are doing is creating a shortcut to the file that is located in iBooks. You are not literally moving the book. It gives you the perception that Newsstand is not technically useless – however now you can hide iBooks and use the stock Newsstand application to launch your books instead. I like the fact that Booksstand integrates so nicely between the two applications. Nikos did a great job making it feel fluid and Apple-like even though we know that Apple would never approve of having books in the Newsstand application. You can see an example of how it works in the video by iTVmobil.

What you should know right off of the bat is that because Booksstand creates a shortcut for Newsstand that points to iBooks, it is not allowable for you to delete iBooks in favor of reading books from Newsstand. When you open a book from Newsstand (as you see in video) it links right to iBooks and launches the book for you. Not only can you import books, but you can also import PDF files that you have stored in iBooks. Adding a book to Newsstand is as easy as opening iBooks, tapping on the ‘Edit’ button, selecting the book, then tapping ‘Move’. From there you can pick Booksstand and iOS does the rest for you. Plain and simple – just the way we like it!

Booksstand does require that you have the latest iBooks installed (iBooks 2). It does require iOS 5 because you need Newsstand to get the functionality from the tweak. There are no settings to configure because every part of the tweak is functional right from the iBooks application until you uninstall it. I think that I really like this tweak because it makes use of the Newsstand application that I have always hid because I don’t subscribe to things. I am sure that numerous other people will also enjoy how wonderfully implemented it is. It’s very speedy.

Tell me what you think in the comments section below!