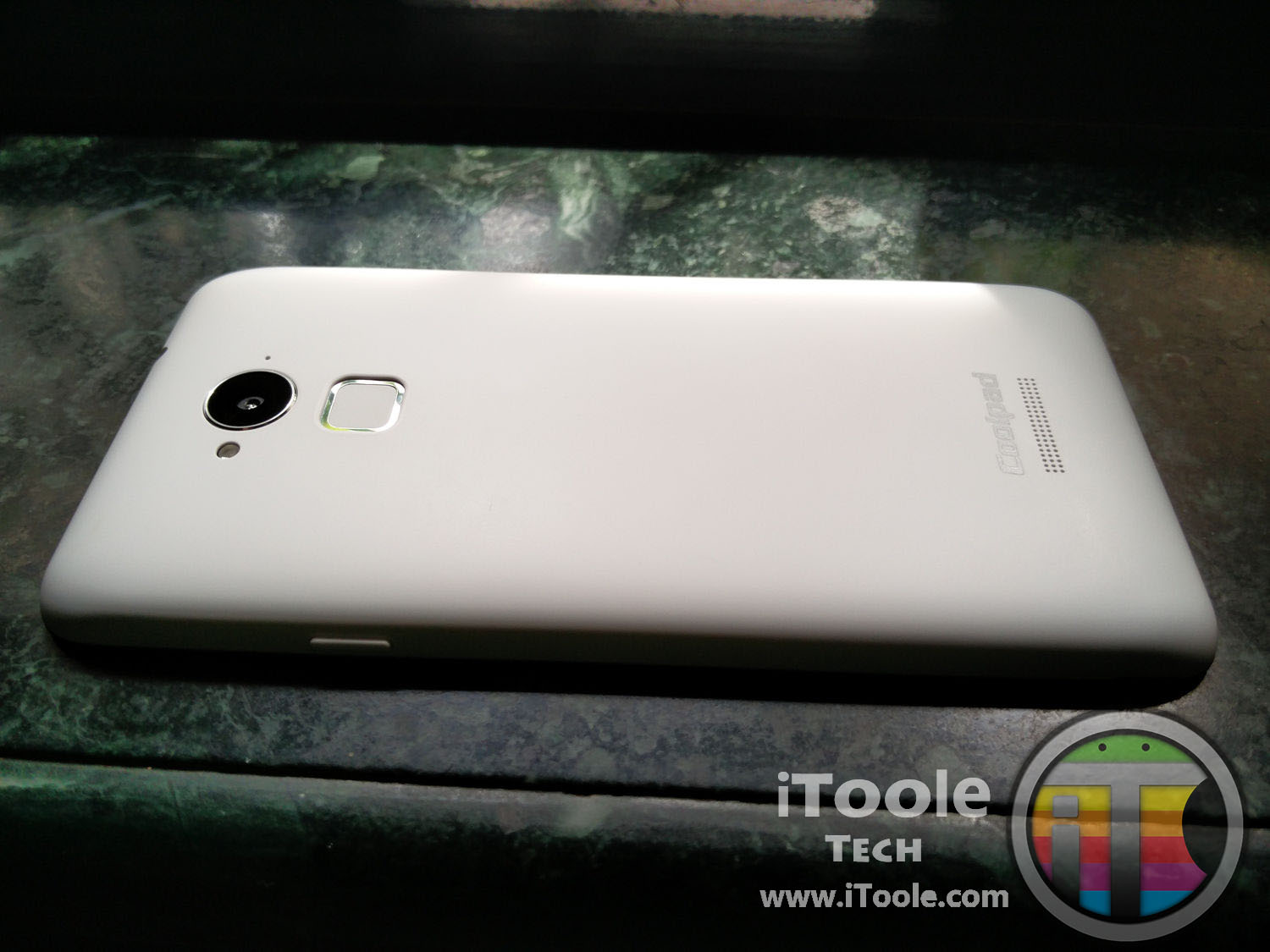 After some initial flirting in the economical segment of the Indian smartphone market with its previous launches such as Dazen 1, Coolpad Group limited, China’s smartphone maker has taken some concrete steps to finally establish itself as an economically feasible substitute to the otherwise overpriced and not so worthy High end smartphones. Coolpad’s latest offering- COOLPAD NOTE 3, is one such smartphone which comes bundled with great innovation and high end functionality with an effective fingerprint scanner and at the same time isn’t much of a burden on your pockets with its smart pricing.

After using the said phone for a reasonable amount of time, I hereby put forth my reviews regarding the Coolpad Note 3. So let’s discuss how big a deal this particular smartphone is in detail.

The overall designing and finishing of the Coolpad Note 3 is quite simple yet refreshing. With the advent of the metal frames and the relatively old yet popular idea of matte back panels, the phone tries its best to cover all the latest flavors when it comes to consumer liking.  The corners of the phone are curved with a metallic band around the phone. The phone tries to minimize bezels and keeps a large screen to body ratio. It sports a 5.5 inch display screen with the front 5 mp camera and proximity sensor occupying the top space. Bottom of the phone sports 3 hard buttons which correspond to Home, Back and Multitasking actions. The left side of the phone possesses the volume Rocker while the power button sits firmly on the right side. Up at the top is the 3.5mm audio jack while along the bottom edge of the phone lies the micro USB connector. 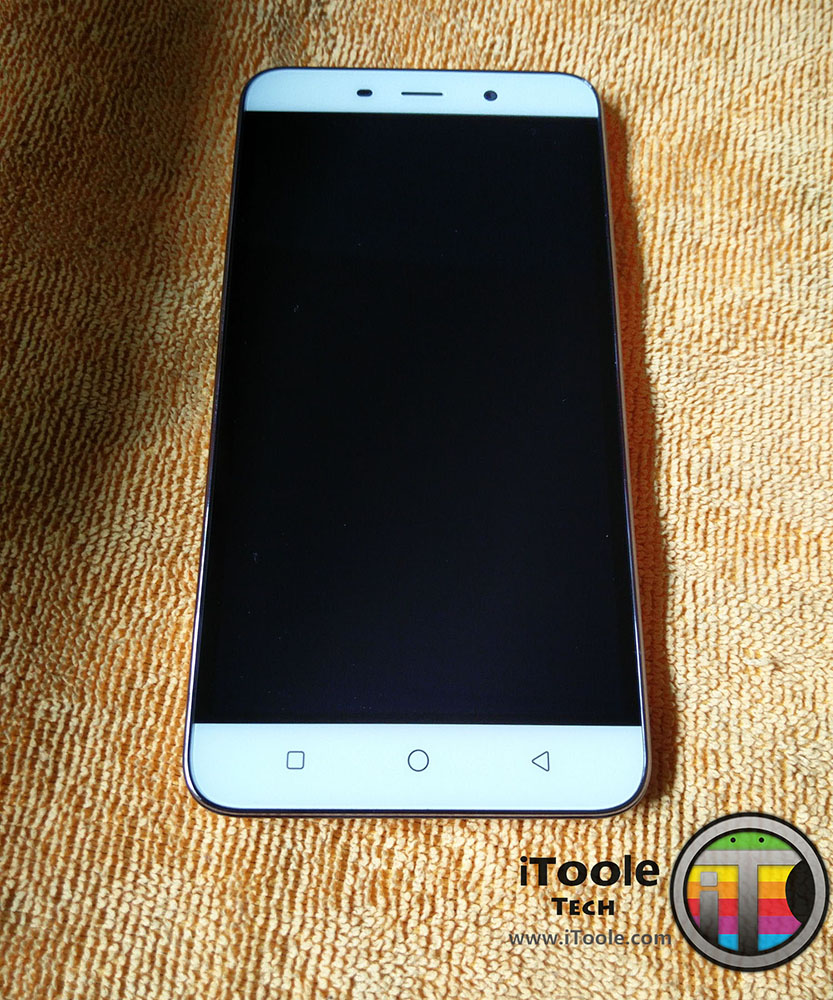 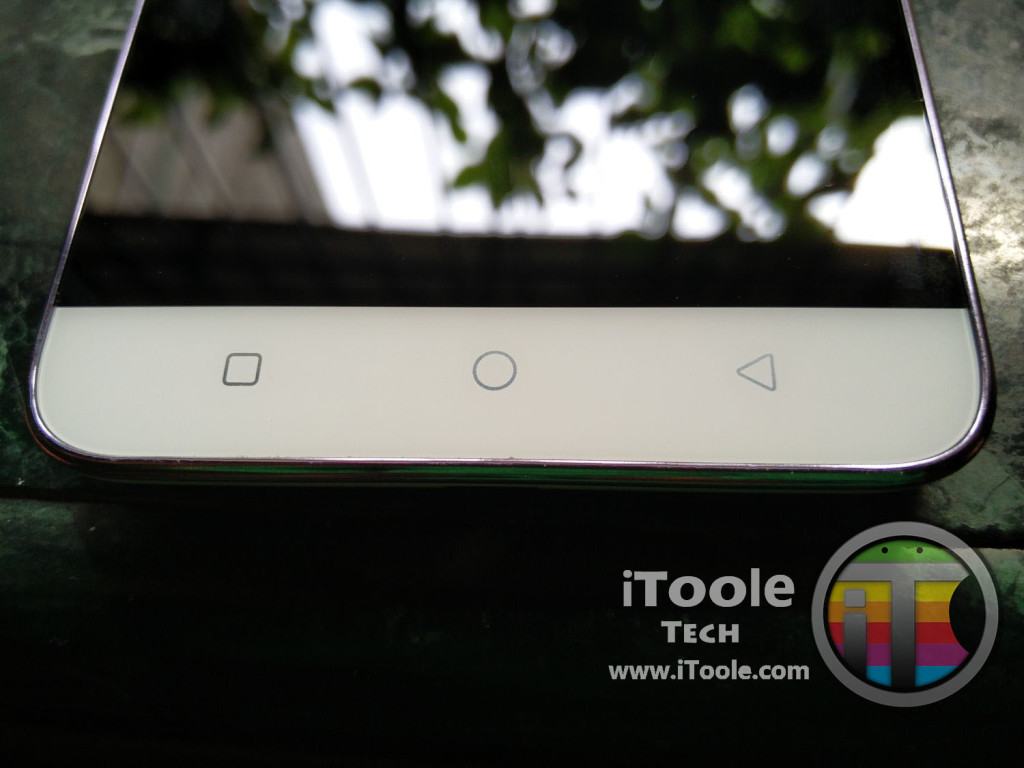 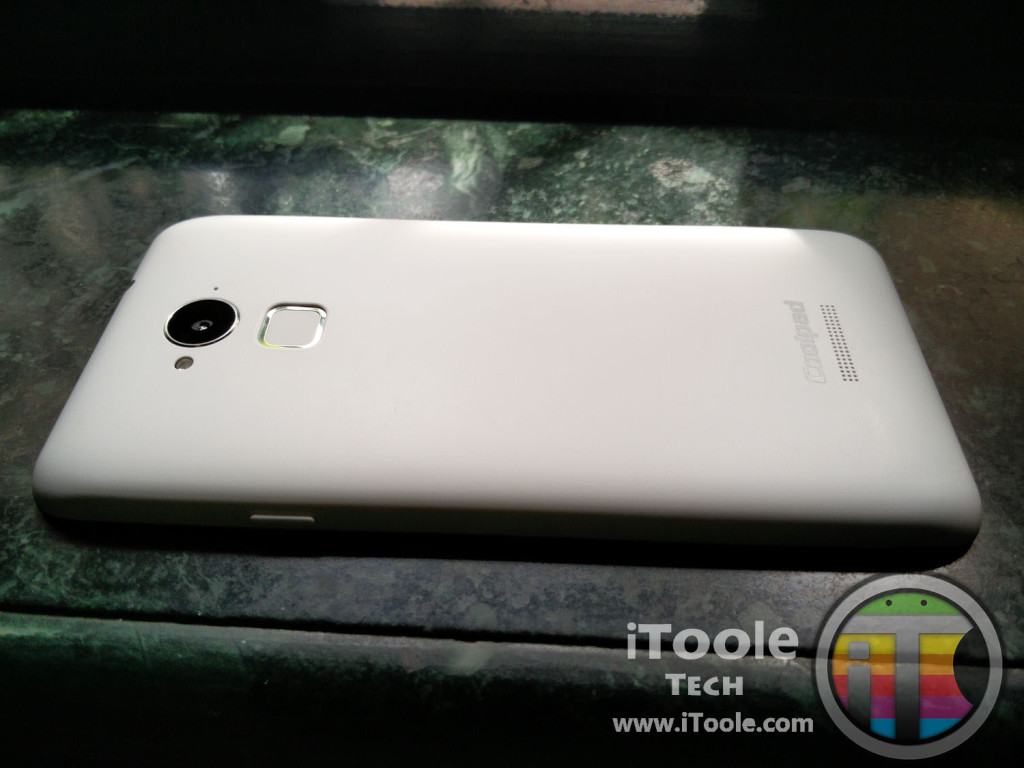 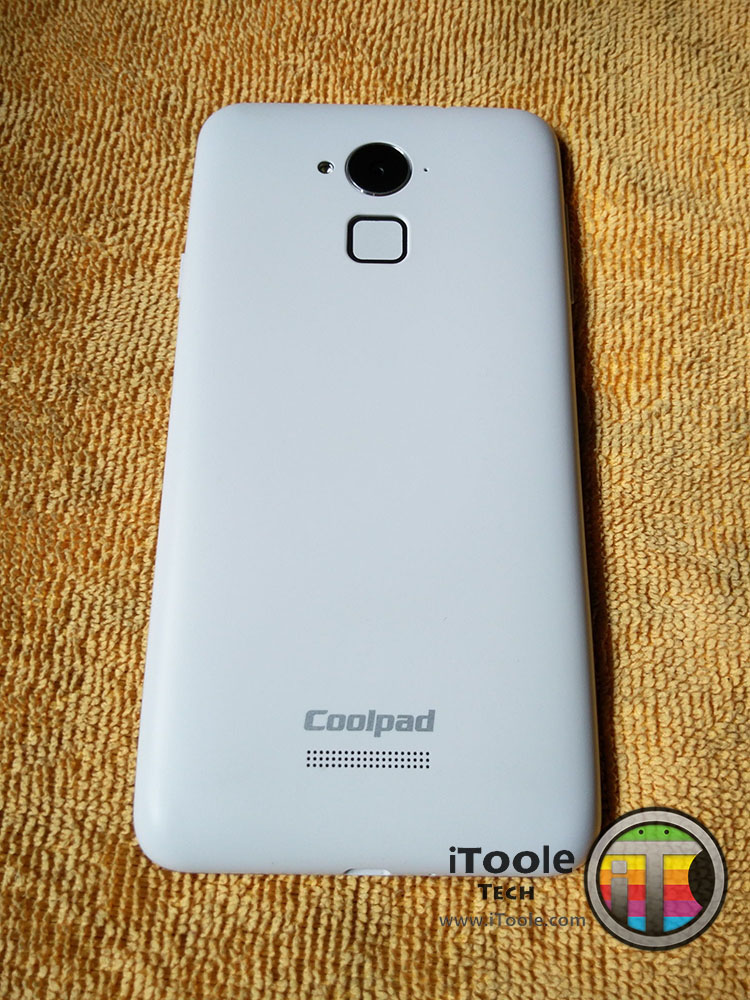 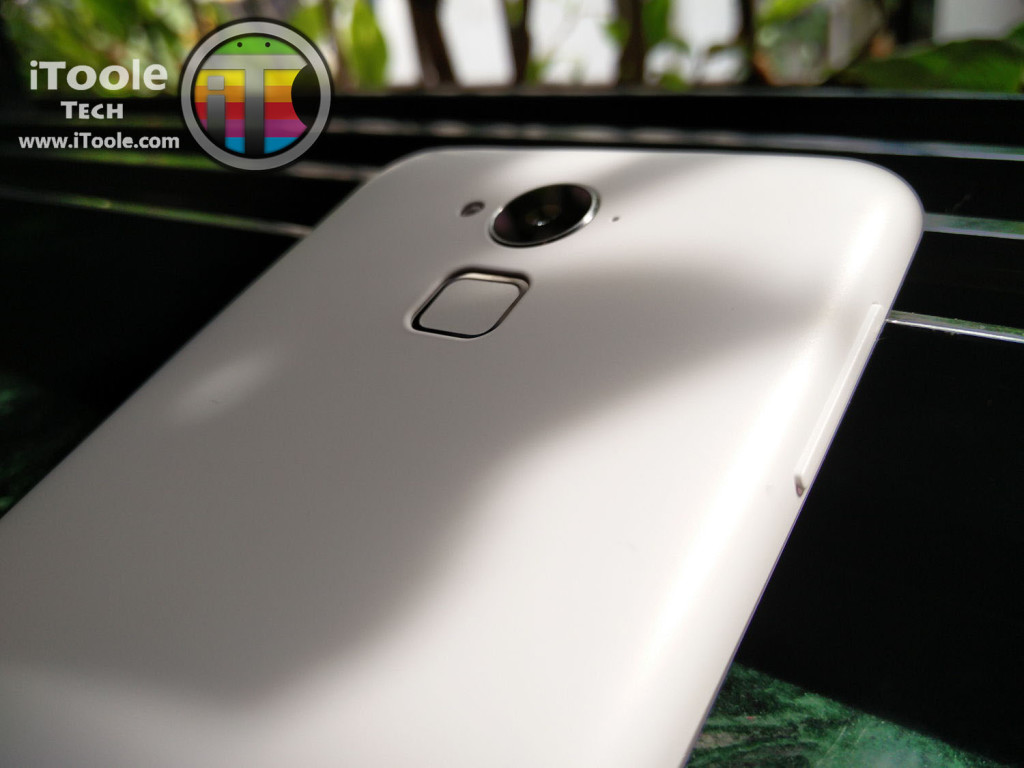 Turn the phone over and you’ll notice a curious addition. Alongside the 13MP camera module, LED flash there is the addition of one more thing. As you would have guessed by now, this is the fingerprint scanner that is perhaps the highlight of the device. Nicely placed into a not so deep cavity, the fingerprint scanner is as perfect as you would demand it to be. The scanner worked incredibly well right from initial scanning to unlocking or logging into the device. No matter the orientation of your finger, the scanner detects the finger print very effectively. At approximately 155 grams with a non removable battery, the handset isn’t much heavier either.

The phone is powered with MediaTek MT6753 1.3 GHz octa-core processor and Mali-T720 graphics with a vast resource of 3 GB of RAM. With such kind of resources at your disposal, the phone is exceptionally well for multitasking.

One issue we noticed while testing was that of loudspeaker output. Though clear and distinct, the output sound may feel quite low for some users.

No matter how good the hardware, at the end of the day it is the overall performance of the phone that matters the most. The phone runs Android 5.1 variant of Android’s Lollipop version. The company has created its own customized version for UI which is being branded as Cool UI. It remains solid and works up with the phone very smoothly for most of the part. With 3 GB RAM at its disposal, performance shouldn’t be much of an issue for the phone’s users. Multitasking was handled efficiently by the inbuilt octa core processor. Yes, there were some jitters on a few occasions, but were too negligible to be concerned about. 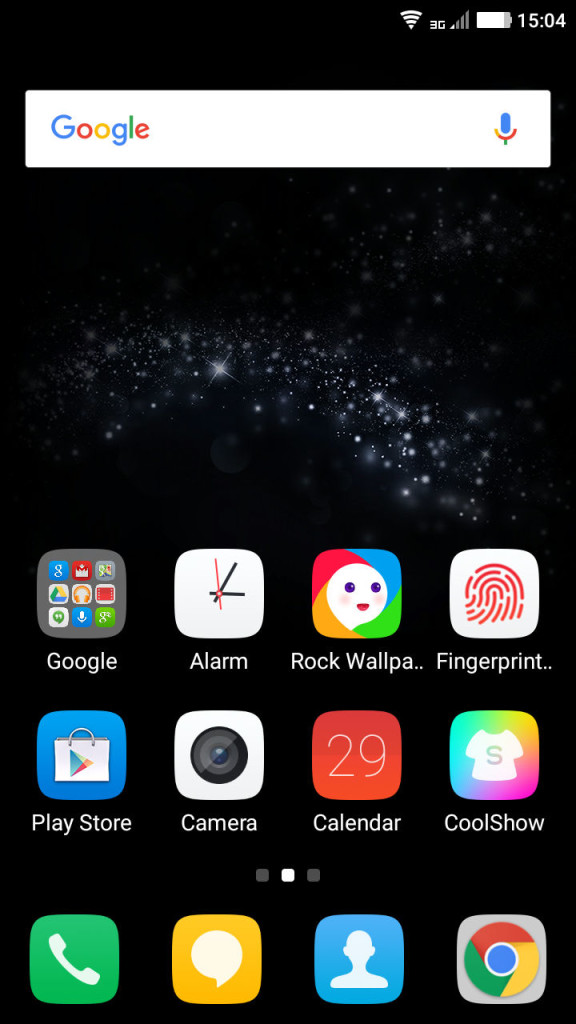 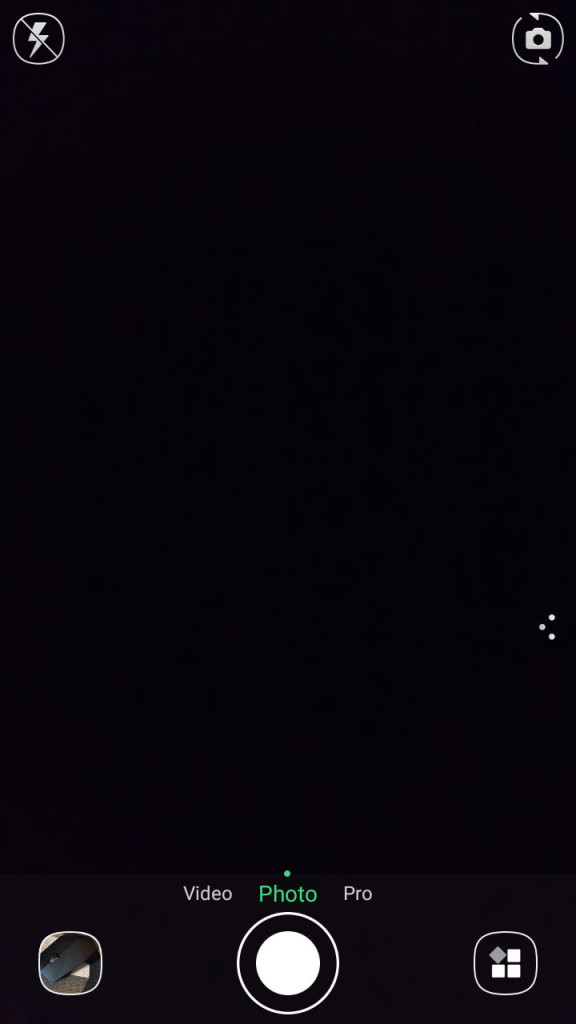 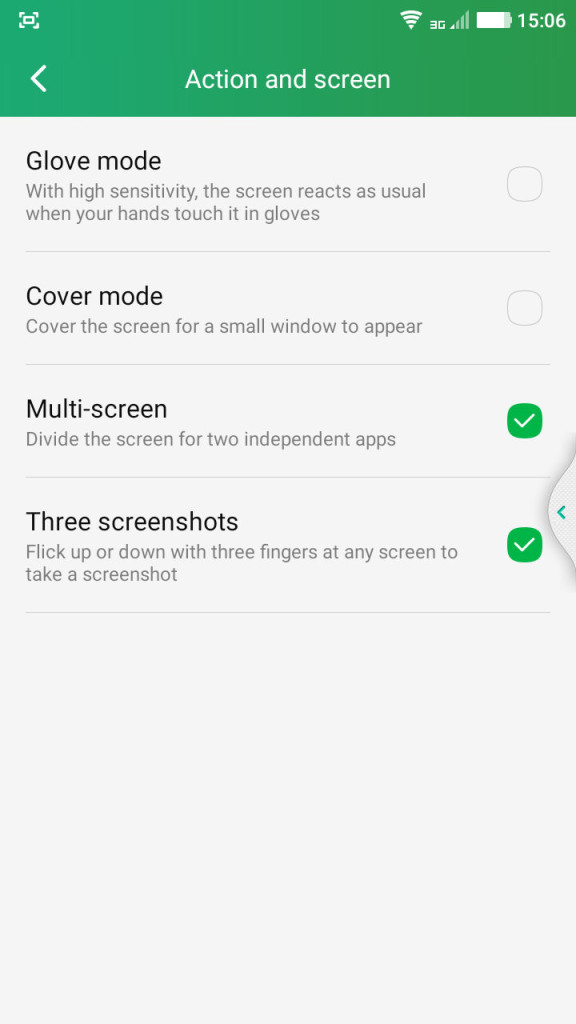 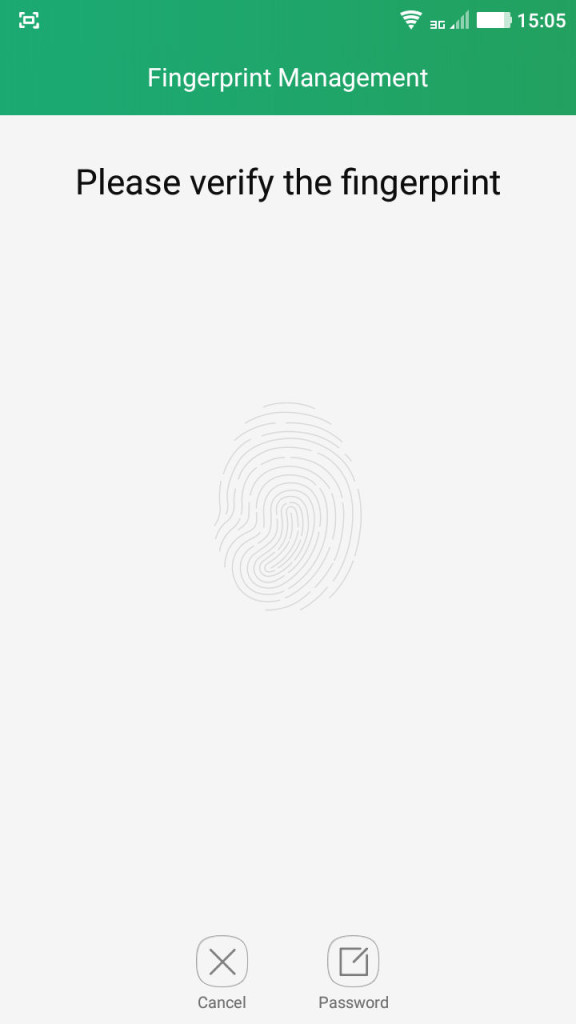 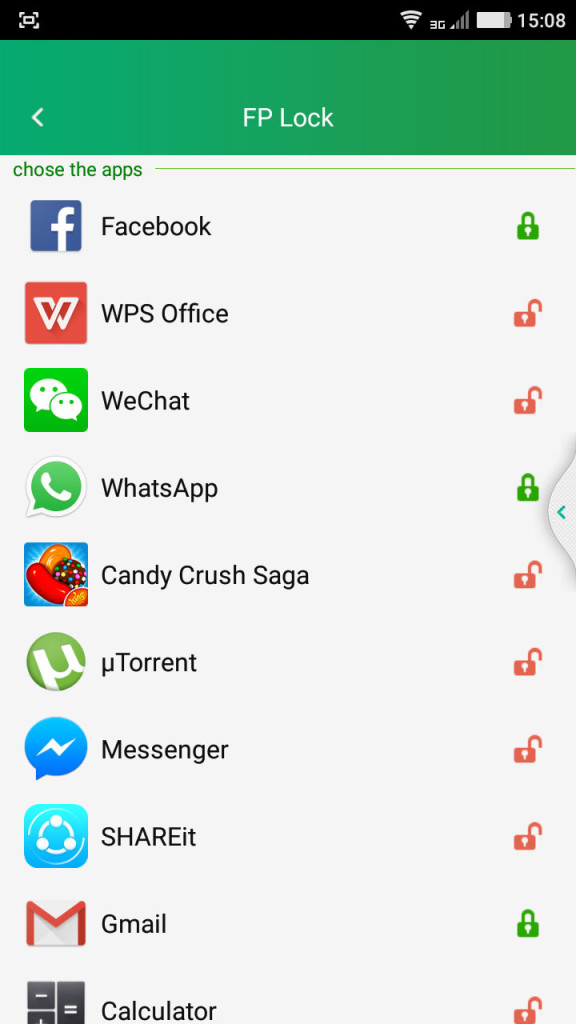 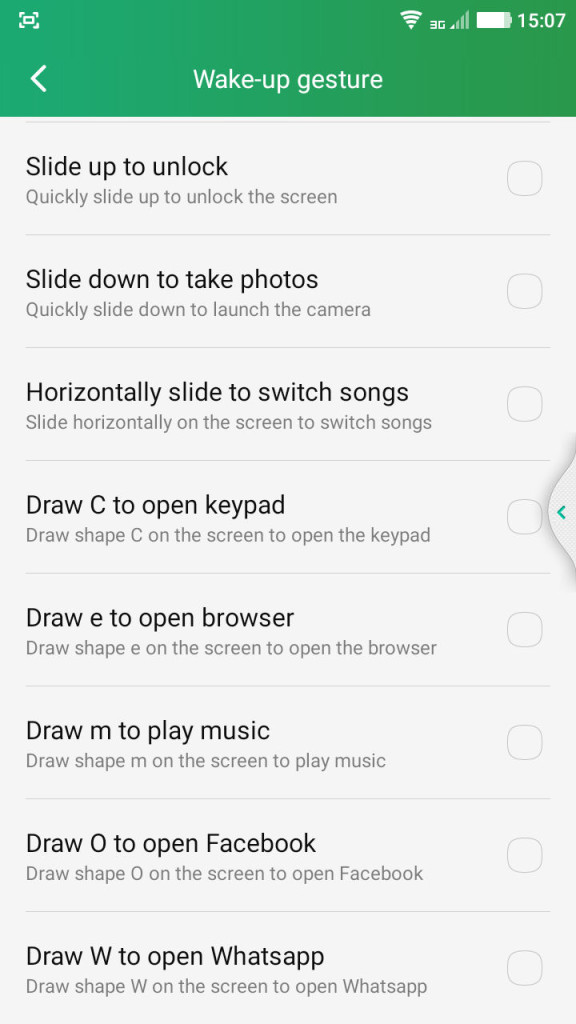 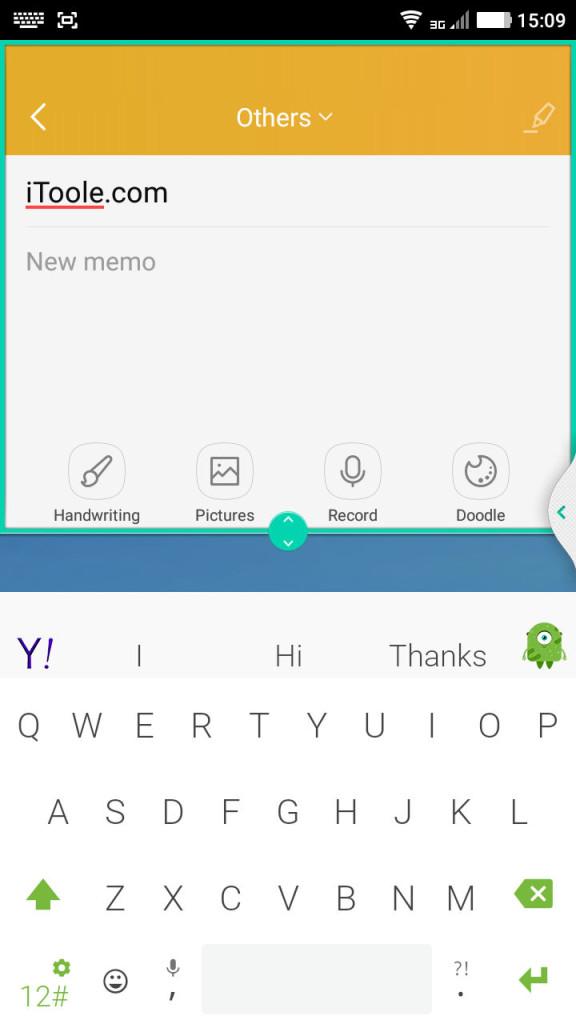 As mentioned earlier, the Cool UI which drives the phone does introduce some innovative features into user experience. Talking about the home screen, it is a very simple affair akin to the iOS way of presenting applications. The phone places all apps in a grid on the home screen itself. Anyways, you always have the option of installing third party launchers based on your preferences. The Cool UI has introduced two new buttons in the notifications shade. Drop down down the notification bar, it is where you will notice buttons marked as C and Multitasking respectively. The C button introduces a pie control style shortcut key that can be placed anywhere on the screen. It contains the options such as taking the screenshot, or to control sound profiles. The Finger print scanner, mainly used to unlock the phone worked impressively. Moreover, you also have the option of locking apps using the finger print lock. The multitasking button helps to bring and run two different applications simultaneously on a single screen. Apart from this, one thing that impressed me was the limited number of pre installed apps on the phone. You’ll find Facebook, Amazon, WhatsApp, WeChat, WPS Office preinstalled on the phone. One sector I would personally like to highlight is the large amount of free RAM available even when we were multitasking with 4-5 apps. The number was always hovering around 1.7 GB to 1.9 GB free RAM availability. This seems quite fascinating. Hence, yakking into account its vast resources, gaming wasn’t a problem either. Temple run 2, Asphalt and many other games worked seamlessly on the phone. It scored 35354 points on the AnTuTu benchmark which shows that it is as good as LG G3. 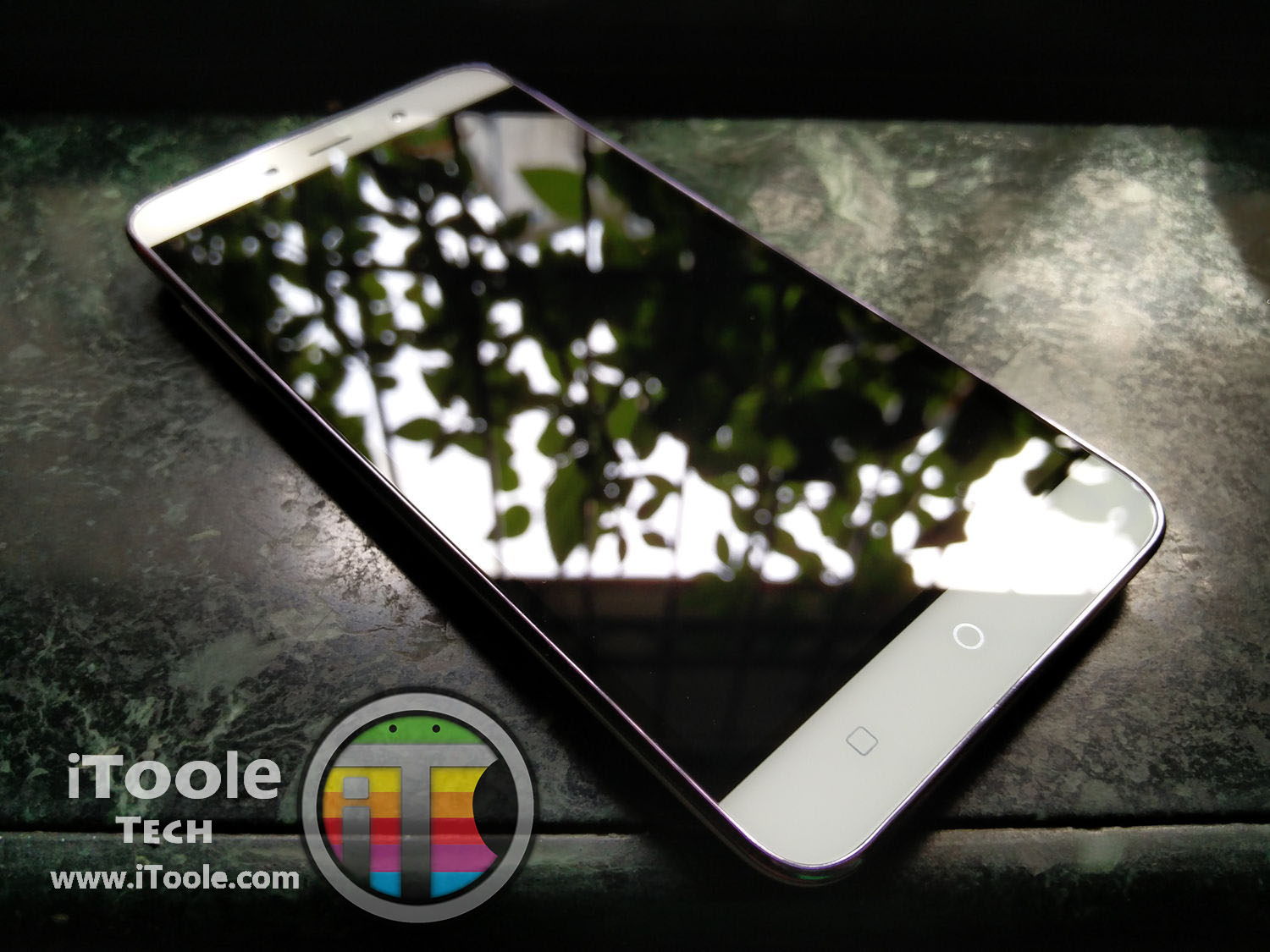 The Coolpad Note 3 comes with an awesome 5.5 inch IPS panel display which supports a 1280×720 resolution which is near perfect for a budget smartphone. People might be disappointed with the absence of Full HD display, however, 720 p display is competent enough. The display is quite vibrant and bright with near perfect color accuracy. The brightness was sufficient enough for the phone to be used outdoors in daytime.

The Coolpad Note 3 comes with a 13mp rear camera supported by 5mp front companion. These specifications sound good on paper. However, the camera doesn’t entirely live up to its expectations. We performed tests on camera under different scenarios and came to a conclusion that the camera performed appreciably well under bright light availability. It captured every minute detail a normal lens can capture. However, photographs in low light conditions did not create any buzz and were well below acceptance.  The front camera serves its purpose and you can take good quality selfies with it. 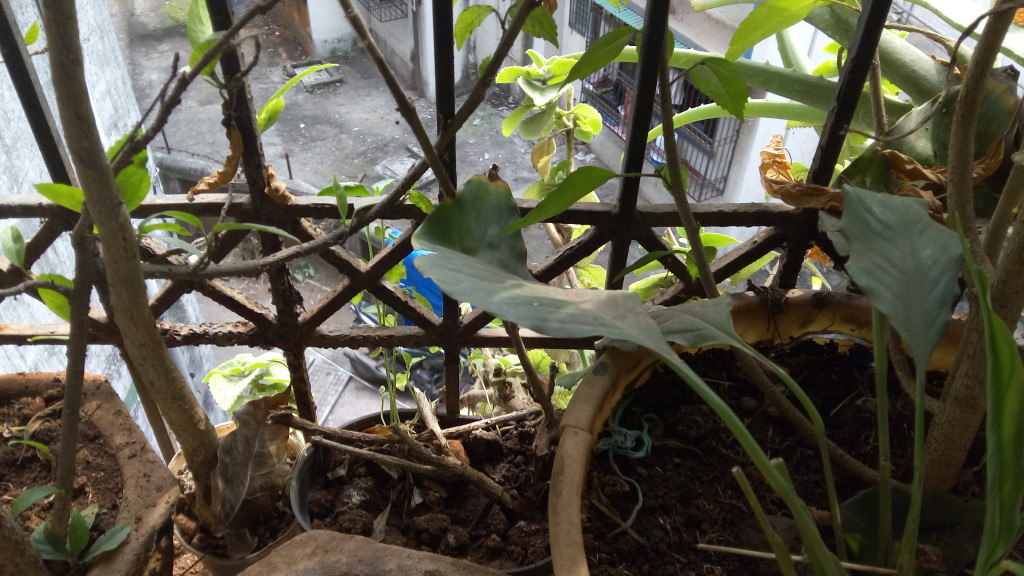 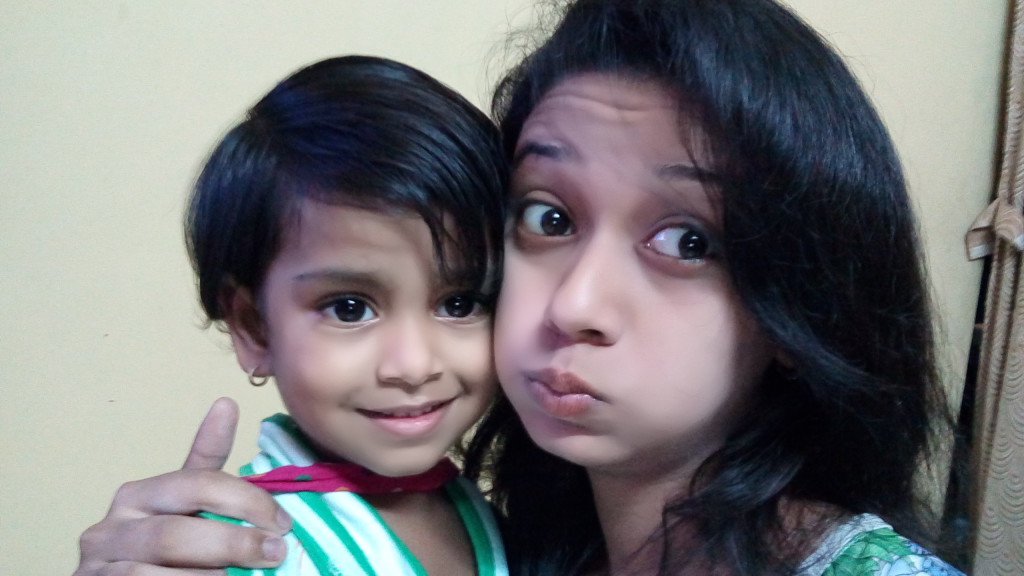 Front camera with beautification over 30 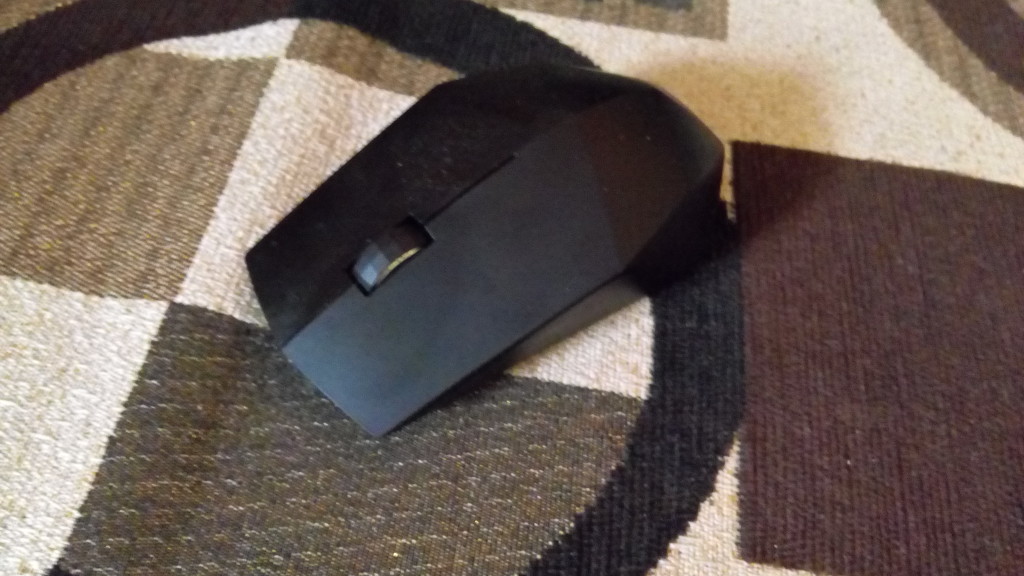 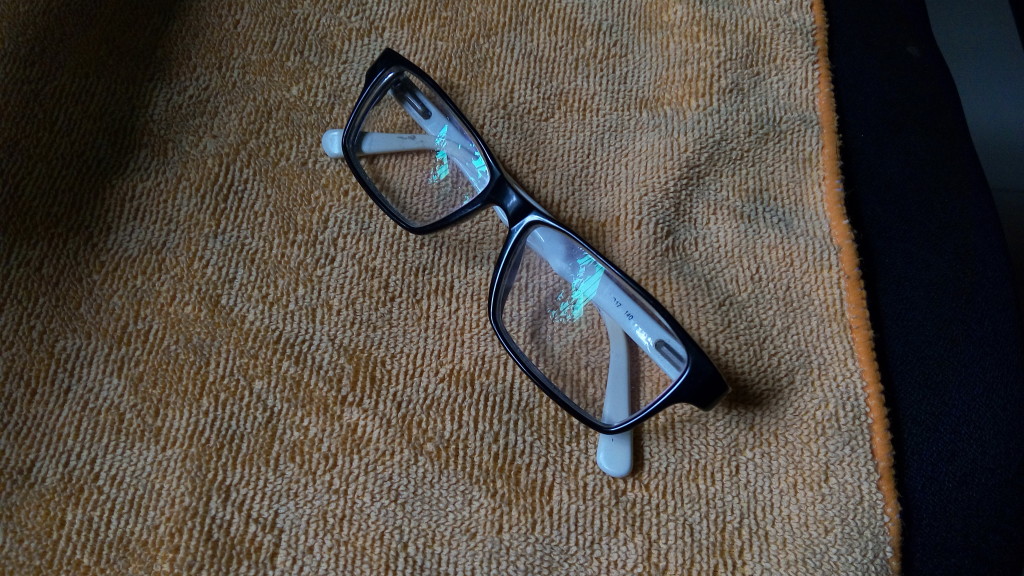 Connectivity on the Coolpad Note 3 includes 4G LTE / 3G HSPA+, Wi-Fi 802.11 b/g/n, Bluetooth 4.0, GPS. 4G seemed to work only on the first SIM. The phone comes with 16GB of built in storage of which around 10.5GB is available at first boot. User has the option of installing a microSD card and can set that as the default installation location. The phone also supports USB OTG for storage.

The battery comes with a 3000maH power and is pretty decent one to use. It is however sealed and thus non-removable. The battery life felt more than ordinary while testing. We got around 7 hours of video playback support over one full charging.  The device can last almost a day easily with normal usage. Also, the long stand by time was noticeable. The 2Amps charger provided is quite good and provides faster battery charging. Hence, the battery life proved to be satisfactory if not extra ordinary.

The phone clearly ventures into that section of the market which is already too crowded with lots of high functionality phones. However, the phone tries to get noticed by providing the stand out features such as finger print scanner and 3 GB ram. The Coolpad Note 3 does provide a more than decent battery performance, an above average camera and a wonderful build quality. Considering that one gets all these aforementioned  privileges along with an innovative finger print scanner for just 8999 INR, this purchase doesn’t seem that bad after all. The Coolpad Note 3 will definitely provide healthy competition to likes of the Meizu M2 Note, Lenovo K3 Note.

Want to purchase it? Click here to head over to the Coolpad Note 3 registration page on Amazon. Register and be ready to purchase it on every Tuesday at 2PM.