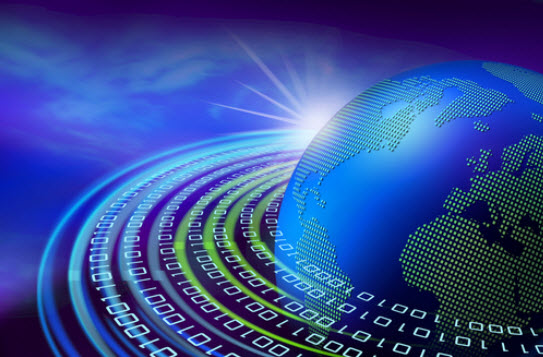 With the release of Sony and Microsoft’s newest gaming consoles, touted for their high-definition graphics, super powerful processors and multi-functional Blue-ray/DVD players, it’s no wonder some are questioning the adequacy of internet speeds. The development of mobile and handheld devices have further propelled the gaming trend and given rise to a generation of video game fanatics. For many consumers, internet speed is one factor (coupled with price) in the overall satisfaction of their service but for gamers, the quality of a connection can mean the difference between life and death—literally. Whether you’re playing Call of Duty: Ghosts on the new PS4 or Assassin’s Creed 4 for Xbox One, securing the right ISP is crucial.

Presently, fiber optic cable is the fastest type of connection you can purchase. Fiber optic technology works by converting electrical signals carrying data through glass fibers. These fibers travel at a rate far surpassing the standard DSL and cable modem speeds—typically up to 1 Gbps. So if fiber broadband services are so advanced why aren’t they utilized in households across the country? Well the short answer is that telecommunication providers tend to offer fiber in very limited areas. Sometimes, they also may come bundled with a voice or video package that might not appeal to all customers.

Regions supported by Sonic.net, for example, can get 1 Gbps Fiber To The Home (FTTH) service that’s known for having low latency and scorching speeds. Google offers a similar service. This 1 Gbps service blows its competitors out of the water and will be certain to make any video game portal come to life. Residents in Kansas City, Kansas and Kansas City Missouri were the first to get a hold of these sweet speeds. Verizon Communications’ FiOS is also a leading player in the fiber optics sector. Their network makes it easier and faster to transfer data for internet, television, and digital voice. Average internet download speeds hover right around 7.8 Mbps which is adequate for checking email and basic online tasks but Verizon’s FiOS enables internet speeds up to 500/100 Mbps. You can check whether your area offers these high speed internet providers via BroadbandExpert.com.

As of now, these types of speeds are satisfactory for the existing consoles and games on the market. However, as time passes and developers create more innovative and high tech gaming experiences, the video game industry may require the next generation in internet. See what other tips you can use to make the most of your current gaming broadband system.