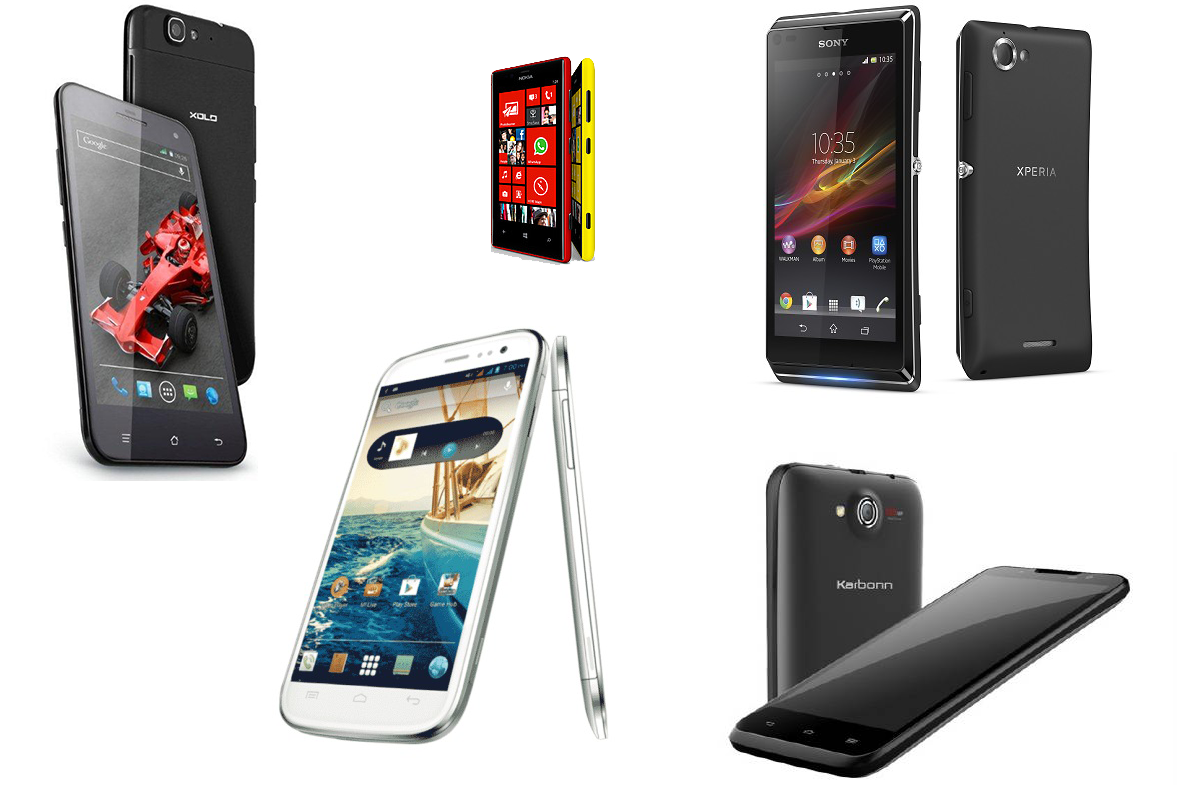 If you are thinking to buy a smartphone, then there is no better time to buy it than in the GOSF (Great Online Shopping Festival) 2013. Having a budget around Rs.15,000? No worries, here I have got the best smartphones you can buy under Rs.15,000 in the GOSF 2013.

If you haven’t heard of this beast, then hold on to your seat, because specifications of this beast can blow you away. Karbonn Titanium S7 boasts a 5-inch 1080p full HD display along with 1.5GHz Quad-core processor with 1GB RAM running Android 4.2 JellyBean. A 13MP primary shooter with a 2MP front-facing camera is good enough for taking good pictures. 2600mAh battery would be enough to keep it alive for a day. It comes with 16GB internal memory with expandable upto 32GB. These features for such a price is seriously a good deal.

Xolo Q1000S is almost same as Karbonn Titanium S7 except the display and the battery. It has a 720p display and a 2500mAh battery. Though there is a difference of Rs.500 in both, I will go for Titanium S7, because of the 1080p full HD display. If one does not want to go with Karbonn, Xolo Q1000S is the best choice they have.

Micromax is getting bigger and bigger with the phones they are bringing to Indian market. After success of Micromax Canvas HD A116, Micromax brought Canvas A117 with more advanced features for almost same price.

Canvas Magnus comes with a 5-inch 720p HD display along with a Quad-core 1.5GHz processor plus 1GB RAM. Running on Android 4.2 JellyBean, it has a 12MP camera with a 2MP secondary camera. It has 4GB internal memory with expandable upto 32GB. Though I expected battery to be more than 2000mAh.

If you are fed up with Android, take a turn and go for Windows Phone. Nokia Lumia 720 has a 1 GHz Qualcomm Snapdragon™ S4 Dual Core processor with 512MB of RAM. A 6.1MP camera with a 1.3MP secondary isn’t that bad if you check the picture quality. It has 4.3-inch display with 480×800 resolution. Non-removable 2000mAh battery is good for a phone with these specs.

If you love quality music, then go for Sony. Xperia L has a 1 GHz Dual Core Qualcomm Processor with 1GB RAM, a 4.3-inch FWVGA display, 8GB internal memory with expandable upto 32GB. 8MP camera with a 0.3MP secondary makes it a decent phone in this price considering the brand. 1700mAh battery is bit low considering the specifications, but it may not disappoint.

So these were the best smartphones you can buy under Rs.15,000 while GOSF 2013. So what are you waiting for? Go grab them!