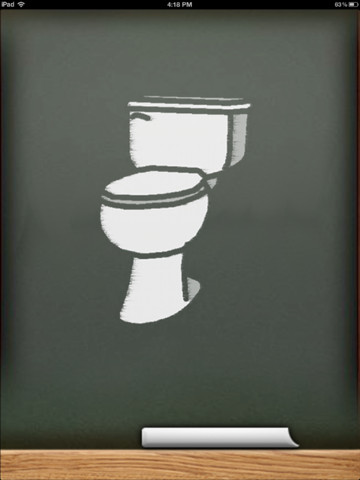 It used to be that the primary focus for tablets was making sure that they were usable. After all, they were intended to be little power houses for busy executives and on the move entrepreneurs. Since tablets have been out for awhile though, a number of application developers have started looking at new techniques for getting into the spotlight. One of these techniques is releasing bizarre applications that you may or may not want on your tablet. Here are some of the top choices when it comes to the strange things you could get an app for.

When it comes to health, there’s a wealth of apps out there. What you might never have guessed is that tracking the regularity of your bowel movements has its own application. Not only does it have its own application, but you have to pay for it as well! It allows you to track all of the information related to your bowel movements, including what you ate and what the results looked like. It even includes an email feature that allows you to send it off to someone. Hopefully your doctor. And, of course, you can tweet your results and share them on Facebook as well.

Who needs motivation and inspiration when you could opt instead to be depressed? The Demotivational Pics+ app feels that happiness is a bad idea – unless you’re happy because you’ve gotten a good look at reality. This application is free. It includes a number of pictures. Of course, over time, it has developed into dark humor. It’s no longer quite as depressing as it once was, but it will still make you think that it might be better if you stayed in bed and drank all day instead of getting up to go to work. Of course, you can resize the pictures to automatically fit your 9 inch tablet or your 12 inch, but the pictures remain demotivational at whatever size.

This one is another surprising and bizarre application that doesn’t even seem like it should be out on the market, much less as a paid application. Basically, this application allows you to cut cocaine and then sniff it. You have five separate difficulty levels. As the reviewer says at “Read and Write,” he understands now why the Apple has a closed market.

One would think that the point of the Geico commercial would make people less likely to do stupid things with their smartphones. Apparently, not. If you download this application, you can choose from seven separate “brostaches.” Apparently, the fun part about this particular application is that when you put it in front of your mouth, the mouth forms the words as you form them. Thus, it really looks like you’re saying something with a giant brostache on your mouth.

Does your cat ever get jealous of your spending so much time on your tablet? Well, now you can make it feel better by buying it its own app. The Game for Cats is an actual game intended for cats. The cats get to chase laser pointers around on your tablet. Hopefully, they’re declawed, or else your tablet is going to get scratched up very badly.