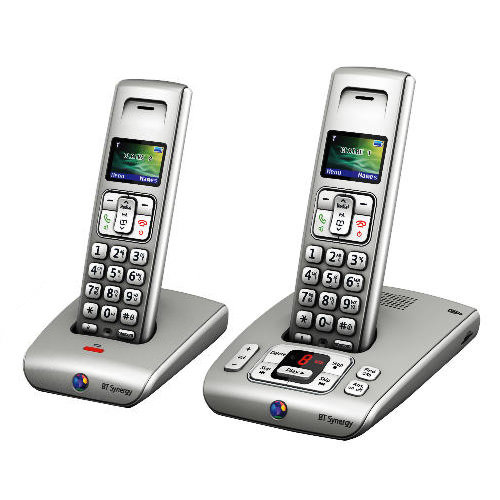 OK, so the iPhone 5 is a mildly impressive mobile phone with its superfast 4G connection speed and high resolution screen. The Samsung Galaxy S3 isn’t bad either. But what good are those phones when the battery dies, or when the signal is rubbish? What we need are fashionable, reliable, landline connected home phones.

While BT absolutely dominates the list of this year’s top home phones, there is the odd surprise thrown in for those who want to move away from the national provider.

With a trio of handsets and stylish design these BT favourites also boast keypad lock and a 40 number call log. You can also store up to 50 names in the onboard directory.

The Freestyle is an energy efficient home phone and answering machine that promises to cut your phone running costs in half.

Old name, stunning new design, the Binatone iDect is super stylish. With a sleek modern look and sleek modern features, this phone is certainly the smart phone of the list.

Aura is the name given to a family of BT phones that pack advanced technology into little packets. Hands-free, huge phonebook and up to 15 hours of talktime are some of the standout features.

The budget member of the BT family, these phones are functional, if not spectacular. Comfortable design is married to familiar features. A solid, simple phone.

Connect up to four handsets on the circuit and still expect consistent performance; that is the promise of the Freelance. The huge 300m range is this phone’s main selling point.

Developed with the Royal National Institute for the Blind (RNIB), the PowerTel is the world’s first talking handset. Every time a number is pressed, the phone speaks back at you meaning that the blind and visually impaired need no help to use this phone.

The Graphite 2500 is the grown up brother of the 2100 reviewed above. Like its sibling, the 2500 houses features such as back lit display, generous battery life and spectacular talk range but also comes equipped with an answering machine that delivers 25 minutes of digital recording.

To be honest, this phone’s a bit of a show off. Not only does it have a beautiful screen, a SIM card reader to transfer your mobile contacts and premium additions such as call forwarding, call waiting and call timer, you can also send SMS text messages straight from the handset. Yes, text messages!

Customisable ringtones, larger than life buttons and capacity for up to five handsets mean we round off our list with a fab budget home phone.