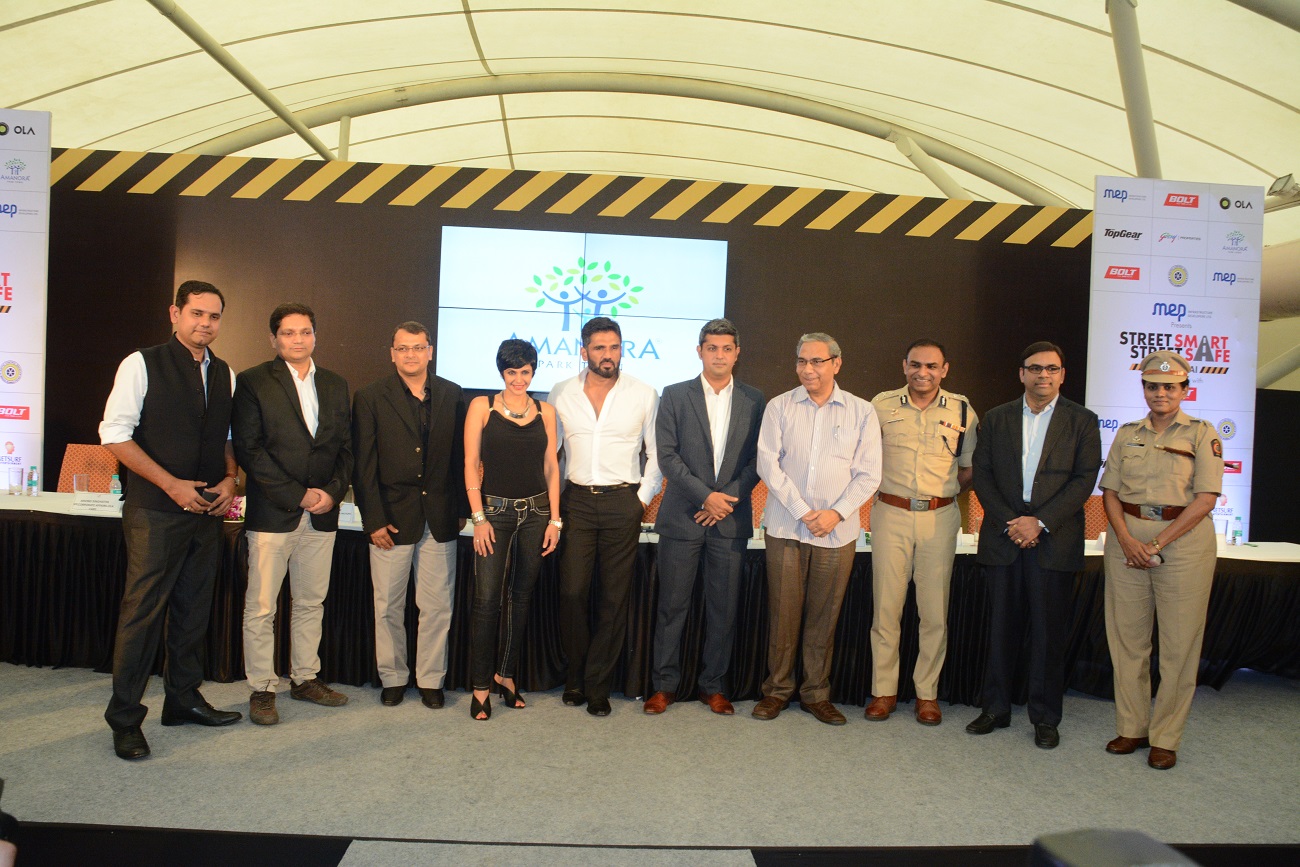 To make Mumbai roads safer, Mumbai Traffic Police department and TopGear India announced a three week long campaign on Tuesday, June 30, 2015 at a press conference in Mumbai. With Suneil Shetty as brand ambassador for the initiative and Ms. Mandira Bedi, the first week of the campaign will focus on decongesting the streets of Mumbai by encouraging carpooling and increased use of public transport as well as creating awareness about basic traffic rules, women drivers’ safety, and noise pollution by honking. 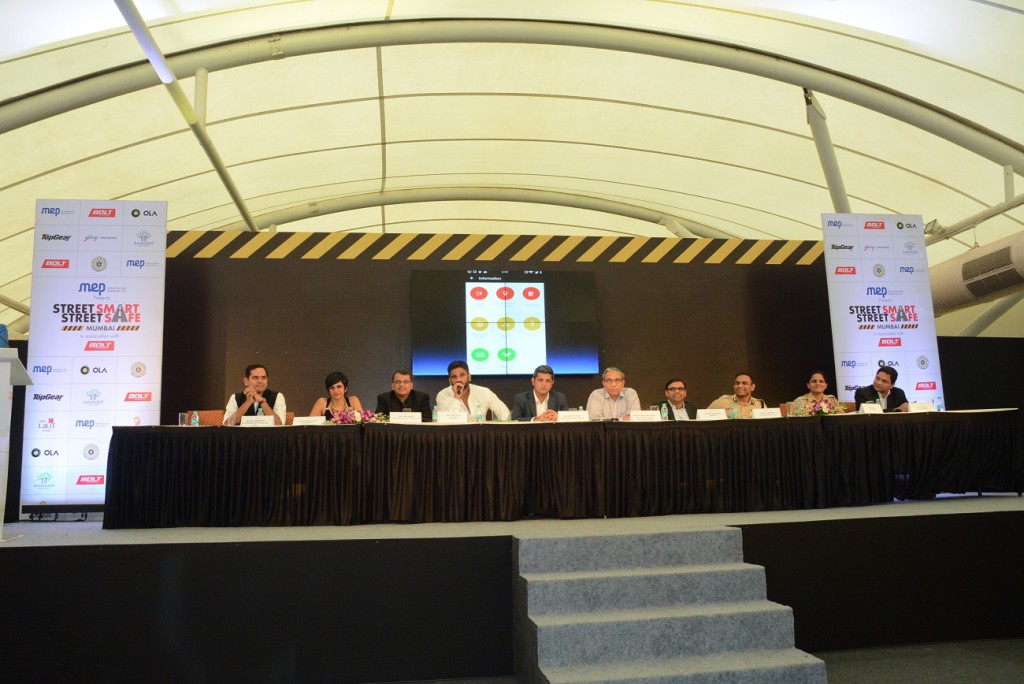 Roads are a great sign of the financial health of the nation. Progress also brings its fair share of not so good things. Traffic is one of them. We cannot escape it but what we can do is use our roads more efficiently and safely. But it is a holistic approach
that we need right now. Our endeavour with Street Smart Street Safe is to highlight what we all can do together,

As a part of Street Smart-Street Safe, Mumbai initiative, ‘Decongest Mumbai’ campaign will run from June 30 – July 4, followed by a ‘Women’s Safety Drive’ on July 8, 2015. ‘Traffic Angels’, an activity where young school children and volunteers will form a human chain to guide pedestrians crossing the road, will be held on July 14. ‘Horn Not OK’ is another campaign which will work towards monitoring noise levels across the city by installing decibel meters at key junctions and monitor the noise levels. Various other activities and contests will be held across the city for the duration of the initiative. The campaign will wrap up on July 21, 2015 with an event that demonstrates the importance of obeying traffic laws.

How to create a Bootable disk and backup data to network storage?
Huawei launched a brand new series of affordable smartphones
To Top