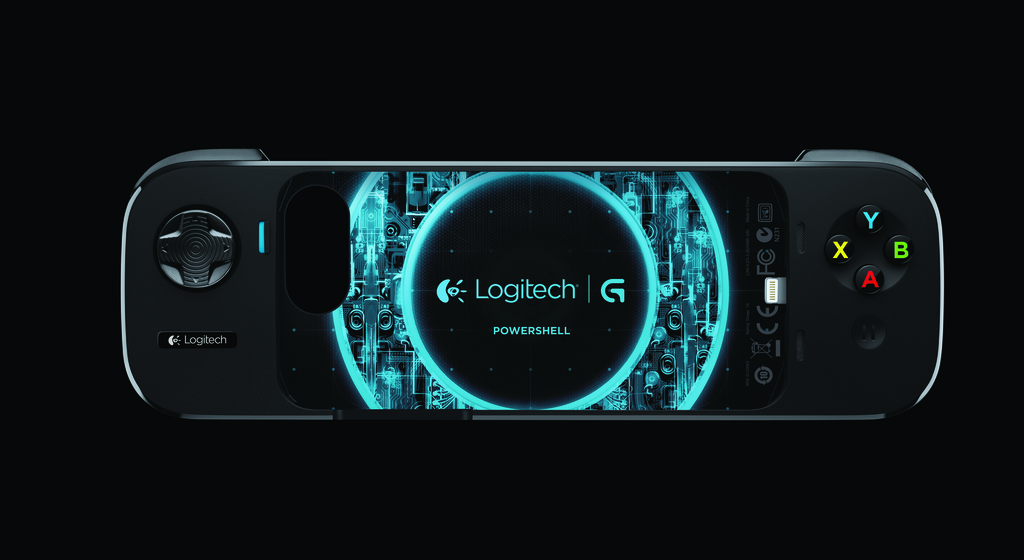 With this controller, you just have to put in your iDevice and you are good to go.This controller enhances the gaming experience by allowing you to use full screen of your iDevice to play the game instead of the traditional on-screen controls. Cured edges of the controller fit nice into the hands. Check this video for a quick idea :

This controller doesn’t hide any of your iDevice’s buttons. You get direct access to power key, volume keys, camera, speakers, heaphone jack and charging port.

Though the introductory price is Rs.8,995, you can get Logitech Powershell Controller on Flipkart for Rs.6,950

To use this first-of-its-kind mobile gaming console, one has to simply insert compatible iPhone or iPod touch into the controller. The analog off-screen controls of the Logitech PowerShell Controller + Battery deliver a gaming experience that’s familiar to console players everywhere, with a D-pad, shoulder triggers and face buttons that allows to control game play.

As a result, one can use the entire screen for viewing the game, giving more immersive mobile gaming experience. With the controller’s comfortable shape, gamer can play games for longer periods. The portable controller maintains a profile that fits easily in your pocket or small bag – putting intensive, complex games within your reach wherever you are.

Commenting on the launch, Mr. Subrotah Biswas, Director, Logitech India and South West Asia, said, “We have designed the first kind controller for iPhone 5/5s devices for a true console-gaming experience. We understand that gaming is an extremely high speed performance activity which requires accuracy, control and precision and with mobile platform in demand, it’s time to revolutionize the whole mobile gaming experience.”

With your iPhone or iPod touch in the controller, you’ll maintain full access to power on/off, volume, camera, speakers, headphone jack and charging. The controller’s 1500 mAh battery increases the battery capacity of iPhone 5s, iPhone 5 or fifth-generation iPod touch. In addition, the device can recharge both batteries without removing the phone from the controller.

The controller is compatible with a long and rapidly growing list of popular games that take advantage of the new capabilities afforded by iOS 7 including Bastion, Fast & Furious, Galaxy on Fire and Nitro, among others.

The Logitech PowerShell Controller and Battery is available in India for a suggested retail price of INR 8,995.