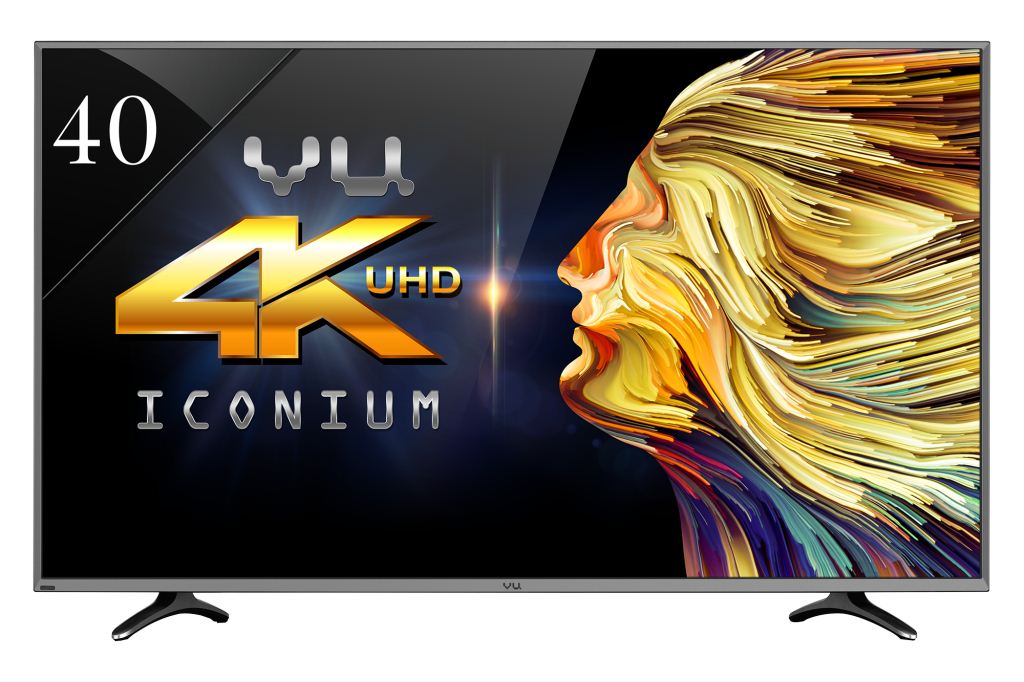 California-based luxury Television Company, Vu Technologies, today launched a wide range of 4K compatible televisions at an event here in Mumbai. By doing so, Vu has taken a sort of lead over Sony, Samsung and LG in the competitive Ultra HD 4K segment by launching models from 40” to 65” at affordable prices, thus making 4K technology accessible to SEC A and SEC B customers. The brand has announced the launch of seven new smart TV models in India in association with Flipkart. The popular television brand brings to India the products showcased this year at CES 2016 Vegas. The Televisions which were launched today have pricing  from Rs 20,000 for Play smart models to Rs 37,000 for the Iconium smart models. It is to be noted that the four smart 4K models under the Iconium series are Netflix enabled with an in-built app and a dedicated Netflix and YouTube button on the remote to offer compelling in-house entertainment.

The Iconium series will see the addition of five models – 65″ 4K Smart, 55″ 4K Smart, 50″ 4K Smart, 43″ 4K smart, 40″ 4K smart – offering high definition Ultra HD, digital dBX, smart features and social media connectivity. Furthermore, Devita Saraf, who is also the CEO for the brand in India, has taken the lead to be the brand ambassador for Vu Televisions to enable customers to interact with the brand and build trust amongst its consumers, which is integral in the Consumer Durable industry.

At the time of the launch, Ms. Devita, CEO for the brand in India, said,

“Our partnership with Flipkart helps us optimize the e-commerce platform to tap the Indian shopper’s propensity to buy products online. It has given an immense boost to the distribution, customer service and affordability of Vu TVs. We are confident of maximizing our sales for these premium models going by the success achieved in the past.”

“This exclusive launch of the latest Vu models on Flipkart greatly strengthens our partnership. Vu Luxury Televisions has been the undisputed leader in the 4K and smart television category and has witnessed 150% growth last year for its range on our platform. It is also in alignment with our objective of offering our patrons the best designs and highest level of technology at highly competitive pricing. We will be looking to augment this upcoming brand’s market share to 10% using our online clout in line with the aspirational demand of our customers across the country.”

Following the Iconium series is the Play series, which has models like 32” smart & 48” smart with ripple-free picture as a result of the in-built ADS panel technology & Android 4.4 OS, making social connectivity and browsing a natural part of the television experience.

Vu is now an entertainment appliance brand with integrations from Netflix, Youtube, Gesture gaming and launching Apple and other apps on its TV platform. It has witnessed CAGR of 170% with 200000 TVs sold this year and is set to double the volume to 400000 TVs by next year.

The entire range is exclusively available to customers on Flipkart.