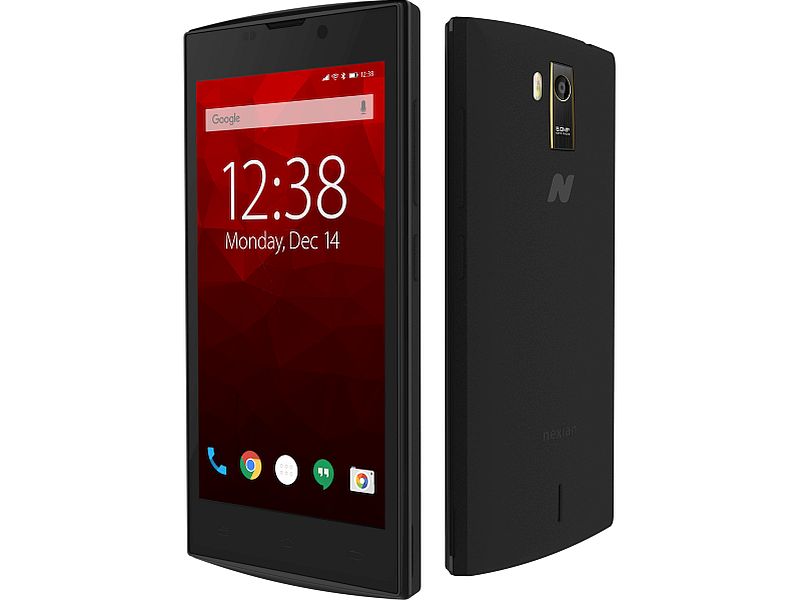 Domestic handset manufacturer, Spice Mobiles, has announced the launch of its international smartphone brand ‘Nexian’ in India. Under the Nexian brand, the company launched its latest Smartphone- Nexian NV-45.

Spice Mobiles have partnered with Flipkart for the launch of the Nexian NV-45 Smartphone. The phone is priced at Rs. 3,799 and will be available for purchase starting Friday.

Spice Mobility had at the start of 2015 announced the launch of its new smartphone brand, Nexian, in Indonesia.

The NV-45 is powered by a 1.2GHz quad-core Spreadtrum (SPRD7731) processor with 1GB of RAM. The Smartphone includes 8GB of inbuilt storage that can be expanded using microSD card (up to 32GB). It  sports a 5-megapixel autofocus rear camera with LED flash while also sports a 3.2-megapixel front-facing camera. Bluetooth 4.0, Wi-Fi, Micro-USB, GPRS/ EDGE, GPS/ A-GPS, and 3G are the Connectivity options included in the Smartphone.

The Smartphone is fuelled by a 1650mAh battery that is rated to deliver up to 7 hours of talk time and up to 250 hours of standby time on 2G network. TheSmartphone also includes sensors such as accelerometer, ambient light sensor, and proximity sensor. The Smartphone’s dimensions measure 132.5x66x10.6mm and weigh around 141 grams.

Amandeep Singh, CEO, Spice Mobiles said, “India has the world’s largest youth population who are forever seeking great technology products at pocket-friendly prices. Catering to this need of young consumers, we are pleased to launch the internationally successful smartphone brand Nexian in India, which will be exclusively available online on Flipkart for our young consumers. Nexian combines high utility functions with a great aesthetic finish to deliver a memorable product experience.”

The Nexian NV-45 is priced at just Rs. 3799 and still manages to offer 1 GB of RAM and 8 GB of inbuilt storage which is complemented by a 1.2Ghz quadcore processor. Considering the features it offers, the Nexian NV-45 may be considered a strong contender in the sub 5000 level Smartphone market.