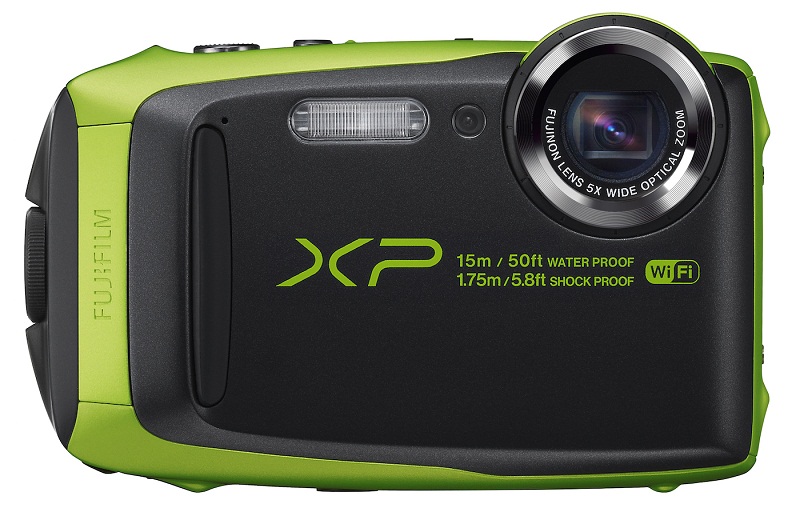 While we all crave for near perfect cameras in our Smartphones, it is still worth remembering that a Smartphone camera won’t be able to match the consistency and near perfect captures which a generic camera is able to offer. Fujifilm is attempting to prove this point. The company’s latest offering, the FinePix XP90, is shock-resistant and waterproof up to a depth of 15 metres.

That said, the FinePix XP90 will also keep working at temperatures as low as -10°C, making it as appealing to people with interests in adventurous stuff. The camera is equipped with a 16.4-megapixel sensor, a decent optical zoom. It can shoot full HD at 60 frames per second and also has a dedicated slow-motion setting.

The FinePix XP90 is Wi-Fi enabled for image and video transfer. Wi-Fi connectivity ensures that it can also be used with a remote control app.

According to Deloitte, this year some 2 trillion photos will be shared and transferred via the web. However, 90% of them will have been taken with a Smartphone rather than a dedicated digital camera of any kind. This implies that the camera companies are aiming for the elusive 10% that still put a premium on pro-level photography or that treat it as an art form rather than as a simple visual aide-mémoire.

Fujifilm has also launched three new devices that aim to put an equal premium on individual style and aesthetics as on latest-generation imaging.

One of them is the new mirror less camera, the X-E2s, which has been designed in the rangefinder mold. It packs a 16.3-megapixel CMOS sensor. It is capable of autofocus in 0.06 seconds and settings can be accessed quickly via knobs and dials. Custom modes can also be set up and attributed to dedicated switches. And, like the rugged XP90, this camera has Wi-Fi for quick sharing and remote control.

The X-E2s will cost of $699.95 (lenses will be sold separately) and also goes on sale this February.