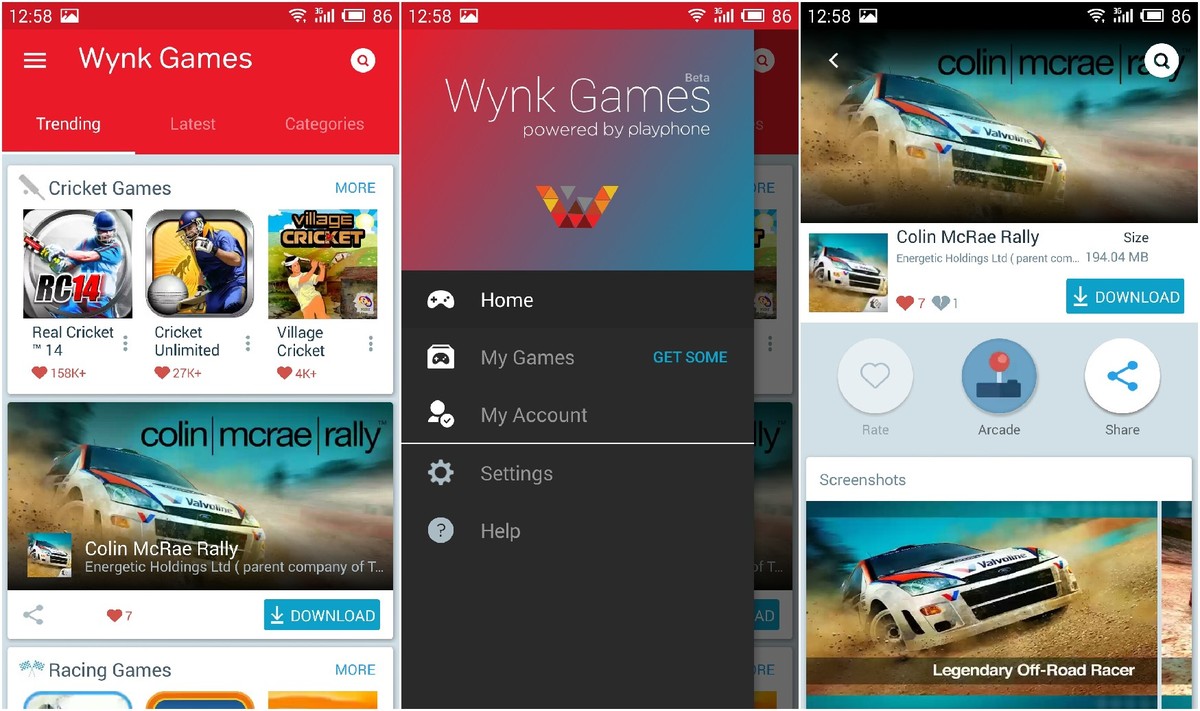 Airtel, India’s leading mobile carrier announced the launch of Wynk Games today in the country. The new gaming environment is the latest by Airtel after its previous launches of Wynk Music and Wynk Movies. Wynk Games will offer instant access to a wide variety of premium games via a monthly subscription.

Wynk Games comprises of a large library of over 2,000 games- both global and local. The games will be available on free as well as paid basis. The company has promised to add a certain number of games each day to the already buzzing Wynk Games library.

After you have successfully subscribed, you will be able to download any number of games and can play those games offline as well. The subscriber will be benefited with advertisement free environment.

By subscribing to ‘Wynk Games’, customers can enjoy a host of games at no additional cost – this includes many games that are typically found as ‘paid’ elsewhere. Also, though customers download various games for free, they often can only play a few levels of the game before hitting locked levels and getting prompted to make coin purchases to continue.  It does away with all these challenges and allows customers to enjoy complete games.

For all Airtel customers, Wynk Games membership for one month is free.  For all other people, it is Rs. 99/month ($1.49/month) Airtel customers can pay from their Airtel account (prepaid balance or postpaid bill). One can also pay the subscription charges via Paytm and iPayy.

For the aforementioned service, Airtel has collaborated with Playphone Inc., the California-based mobile social gaming network. As quoted by Mr. Sheth, developers require only 10 lines of code to adapt their app to the subscription platform for Wynk Games and can register online at developer.playphone.com.

Wynk Games is not available on Google Play Store. However, it can be installed via the .apk file. Make sure you have switched on Allow installation from unknown sources setting under Settings > Security to install the service.